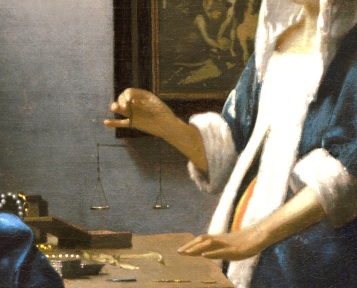 A famous story, popularized by Vitruvius in De architectura, tells us how Archimedes uttered his Eureka when he was able to recognize a counterfeit crown produced by a cheating goldsmith. Archimedes used the notion that, at a given volume, different substances can be identified by their particular weight, or specific gravity. Focusing on this concept, this project investigates the quantification of matter in the early modern period.

During the sixteenth- and early seventeenth-century, specific gravities came to be crucial not only for natural philosophers and mathematicians interested in the classical Archimedean tradition. In fact, a heterogeneous group of experts methodically started measuring the weight of substances: they were both scholars and technical practitioners, like instrument makers, architects, antiquarians, humanists, alchemists and even biblical interpreters. This study wants to provide new insight into how these individuals and the contexts in which they operated were related. A key question is the interaction of applied and learned forms of knowledge, a central issue in the new historiography of early modern science. The analysis of mathematical instruments based on the notion of specific gravities is a fundamental part of this enquiry. These tools were used in fields like the art of warfare and the goldsmith trade, and in environments for which textual sources are not often available.

By redefining our understanding of the quantification of matter in the early modern period, this project wants to shed new light on the origins and development of experimental science in general, and open new perspectives for the discussion of the historical relation between humanities, sciences and material culture.

In 2017, this project was awarded a 3-year grant from the DFG (German Research Foundation) (budget 294,000 Euro, period 2017-2020) (DFG Projekt-Nr.: 339935097). In 2016/7, this project received funding from the Gerda Henkel Stiftung and the Vossius Center for History of Humanities and Sciences at the University of Amsterdam. It also received a grant for preliminary research from the Scientific Instruments Society.